Today, everyone at home has old computers (office or laptop), or external hard disks where the case is loose. I don’t know if that’s the case for you, but I have a quick tendency to debone these old trunks and get the hard drive back. Until now, to recover the data, I had to open my desktop computer and connect the disk to it to recover the data… Yes! A real pain in the ass. I was often lazy. I had the hard drive aside waiting for the day (or rather the year) when I would finally decide to work. Buying a dock was of course the best solution. For those who don’t know it, a dock is a docking station where one or more hard disks can be hot-plugged. It is connected in USB, and therefore works like an external hard disk. Except there you can change the disks of the case without a screwdriver. Well, I knew the principle but I didn’t want to spend too much money on this dock. I wanted a docking station for two SATA disks and a USB 3 connection, and the prices are often more than 60€.

As you now know through the article where I compare Aliexpress to Ebay, I sometimes buy directly in China. After some research I finally found a dock that met my expectations, and for only 19€. I order and less than two weeks later, it was in my mailbox.

Here are some pictures of the unpacking 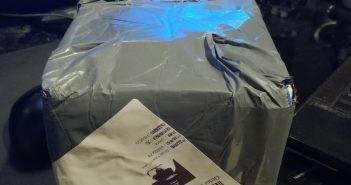 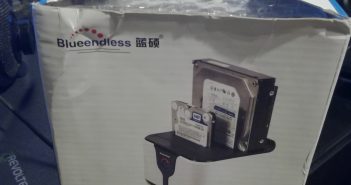 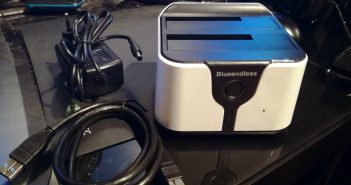 Nothing complicated here, just plug in a USB3 cable. It is within everyone’s reach: p. I tested the dock on three different OSes. Windows 10, Ubuntu 16.04 and Mint. Every time he’s recognized the first time. No connection problems. I was able to test a long transfer of films to my NAS (more than 2 hours) there were no problems. Well, I didn’t go so far as to test transfer rates and so on. I wanted a cheap solution to plug in my old records quickly. This dock fits my needs perfectly. For those who are in the same situation as me, don’t hesitate for less than 20€… go for it.